Please click the below link for the conceptual plan.  We are currently under construction on phase one of the project with an anticipated completion of late February 2020.

Making progress!  The pedestrian bridge is completed and we are working on finishing a section of the trail near the far west side.  A committee with the Federal Point History Center is in the process of designing all the interpretive signage for the park. 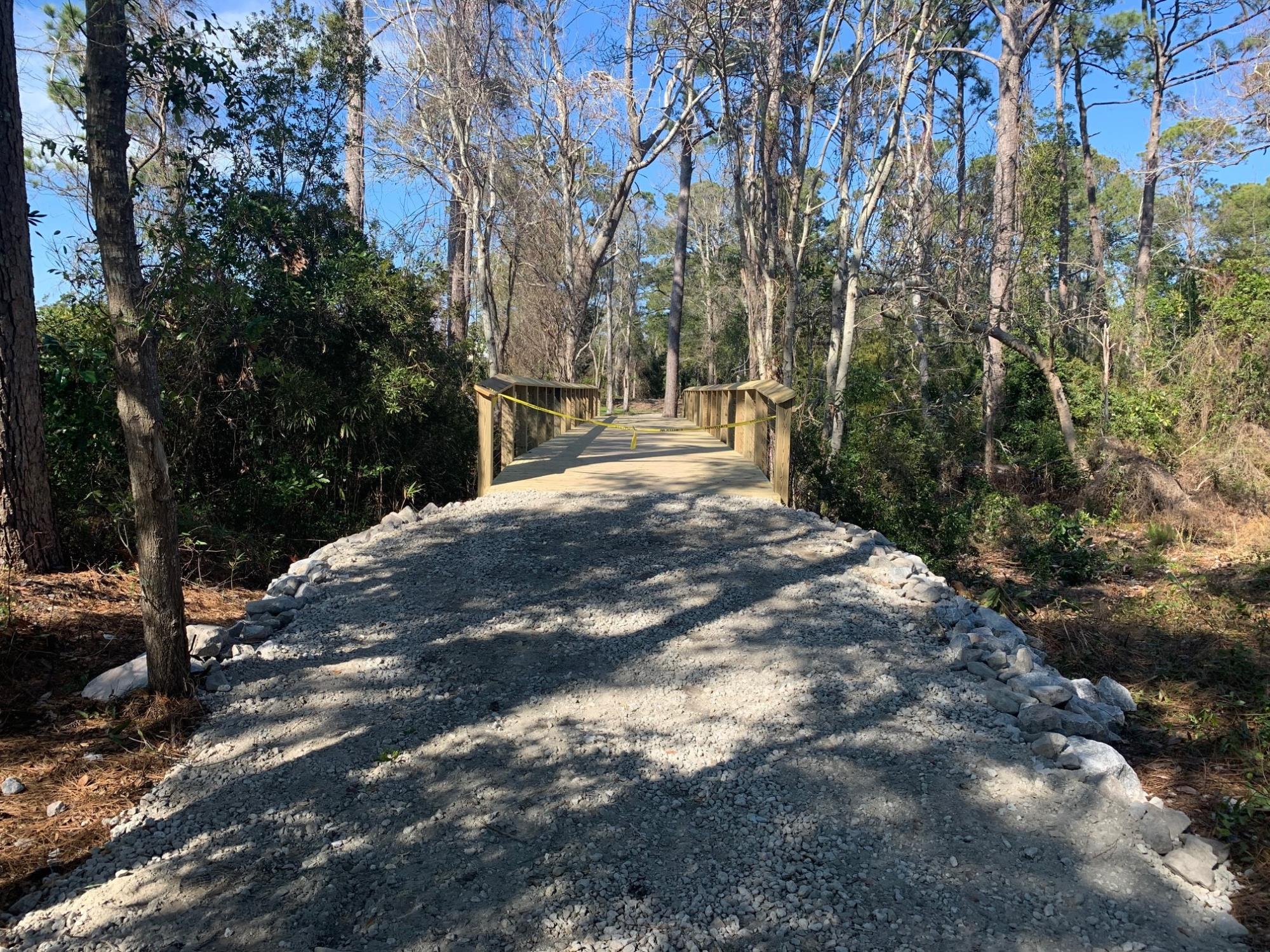 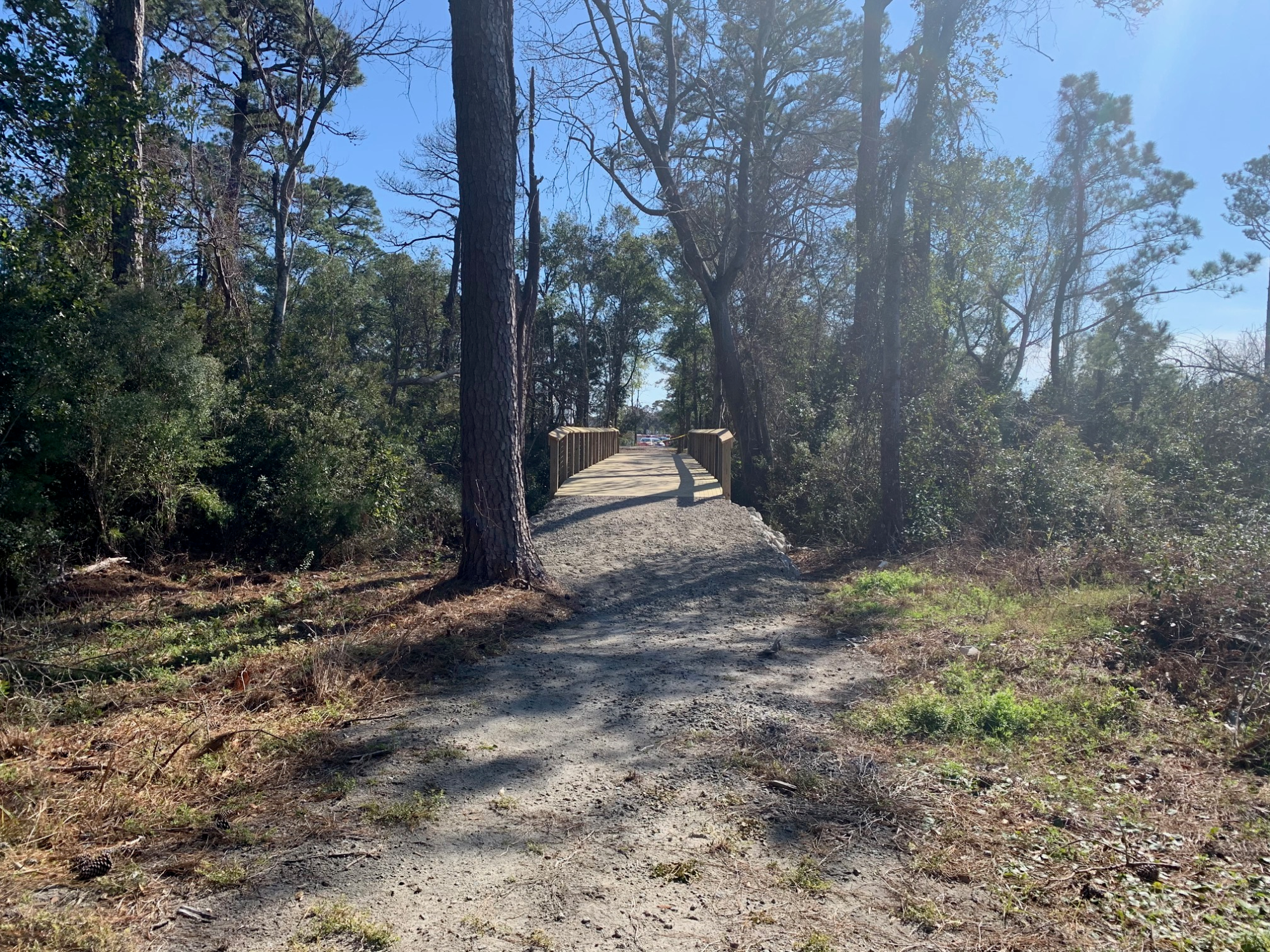 The following article ran in the May 19, 2015 Island Gazette

On May 7, 2013, two years ago, a group of individuals from all over New Hanover County met at the Federal Point History Center to address preservation of the Civil War earthworks known to be located on property donated to the Town of Carolina Beach by Joseph Ryder Lewis Jr. several years ago.

Goals were set to document the historic features and its significance in American Civil War History, accurately locate the site on a map, determine proper means for preservation, and explore the utilization of the site as an interpretation – educational – recreational park, and carefully remove the overgrowth without damaging the integrity of the site.

As supervised work began clearing the brush, committee members and history professor, Dr. Chris E. Fonvielle Jr. of UNCW, provided a comprehensive research document that determined the site to be part of the Sugar Loaf Civil War earthworks built across the Federal Point Peninsula in late 1864, to provide communication and a backup line of defense in the event Fort Fisher were to fall.

Over the past two years, seven planning sessions and numerous informal meetings were held at the History Center and at the site. Brush removal was tedious as it was done by hand and carried by hand some distance for final removal by heavy town equipment.

The site, which includes approximately 150 yards of Civil War earthworks, has been carefully cleared by a total of 26 volunteers working in excess of 450 hours. An existing map delineating the site, has been secured and an update on wetland areas is forthcoming.

The committee is now working directly with Eric Jelinski, Parks and Recreation Director, to provide a park site plan with trails and other park features as well as interpretive signage. Eric is currently updating the Carolina Beach Parks and Recreation Master Plan (2016-2021) and hopes to include the project for possible additional support.

Interest in the proposed Joseph Ryder Lewis Jr. Park is growing as the work progresses. It continues to receive support from a wide audience throughout the community.

Additional history and information about the park can be found at the below link from the Federal Point Historic Preservation Society.