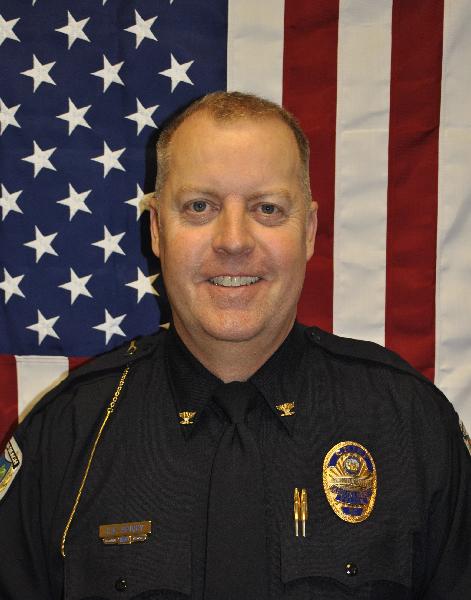 The focus of the Carolina Beach Police Department is to ensure the safety and security of Carolina Beach residents, visitors and businesses. Chief Chris Spivey endeavors to meet the department’s mission with public partnerships, departmental wide leadership concepts, and innovative problem-solving techniques.

Our staff members are encouraged to use both traditional and more contemporary methods in order to address the external and internal issues and concerns focusing on relationship building and crime prevention. Each and every day, the members of the Carolina Beach Police Department are committed to providing outstanding service to citizens and making the Town of Carolina Beach a safe and vibrant community.

Chief Spivey is a North Carolina native who was born and raised in the Raleigh area. He was an emergency room and surgical nurse’s aide for 10 years prior to his law enforcement career. He attended Sampson County Community College Basic Law Enforcement Training in 1999 and was sworn as a law enforcement officer initially with Atkinson Police Department.

Chief Spivey was hired by the Carolina Beach Police Department in 2000 as a Police Officer I.  After he was promoted to Corporal, he received an appointment to the Criminal Investigative Division as a Criminal Detective for two years. In 2006, he served as a Special Investigation Detective for two additional years. In 2007, he was awarded Officer of the Year. In 2008, he was promoted to Patrol Sergeant and served in that capacity until 2013. Later that same year, Sgt. Spivey attained the rank Patrol Lieutenant, until he was appointed Chief of Police in September of 2015.